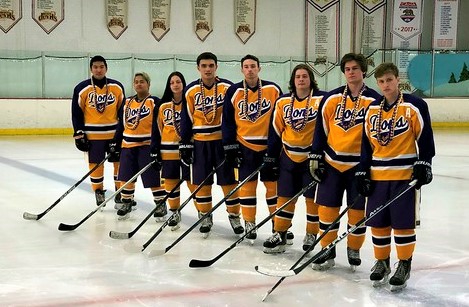 The Amador Don’s hockey team clinched a spot in the semi-finals by beating Livermore/Dougherty 7-1, at their Senior Night game.

The first semi-final game ended with Cal High 6 and Dublin 3, advancing the Grizzlies to the championship game on Saturday, May 11th at 7:45pm. They face the winner of the Semi-final game being played Wednesday at 5:30, when the Dons and Wolves battle it out. All games at the Dublin Iceland rink.